We would like to offer our sincere support to anyone coping with grief. Enter your email below for our complimentary daily grief messages. Messages run for up to one year and you can stop at any time. Your email will not be used for any other purpose.

Share a memory
Obituary & Services
Tribute Wall
Read more about the life story of Randall and share your memory.

No service is planned at this time. Cremation was chosen.

Born on February 3, 1953, in Indianapolis, Randall was the loving son of Robert and Diana (Clark) Lowe. He was united in marriage to Doris Ann Wilson. She preceded him in death.

After graduating high school, Randall served his country proudly in the US Army during the Vietnam War. Later, he began a career in Floor covering. Randall enjoyed watching a good Western Movie. He also likes to draw and paint. In his free time, he liked to go fishing, and had a love for animals. Most of all, Randall loved spending time with his children and his grandchildren.

He was preceded in death by his parents, Robert and Diana Lowe; wife, Ann Lowe.

Memorials can be made through the funeral home to the American Cancer Society.

To send flowers to the family or plant a tree in memory of Randall L. Lowe, please visit our floral store. 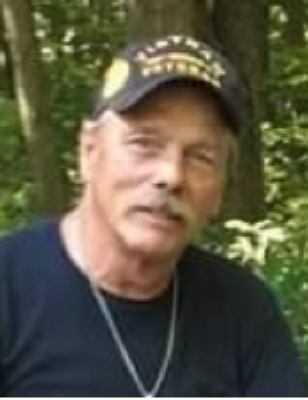 In Loving Memory Of

Look inside to read what others
have shared
Family and friends are coming together online to create a special keepsake. Every memory left on the online obituary will be automatically included in the book.

In Loving Memory Of

Look inside to read what others have shared

Family and friends are coming together online to create a special keepsake. Every memory left on the online obituary will be automatically included in the book.

You can still show your support by sending flowers directly to the family, or by planting a memorial tree in the memory of Randall L. Lowe
SHARE OBITUARY
© 2023 Sawyer-Pickett Funeral and Cremation Service. All Rights Reserved. Funeral Home website by CFS & TA | Terms of Use | Privacy Policy | Accessibility